See how different players control the ball in unique and different ways based on where and how you control them, dictating the flow of the game based on how they react to the unpredictable movement of the ball.

Combining Real Touch and real ball physics, passing is an art form in PES 2017. Many factors determine the speed and accuracy of the ball. The pass that is made on the best situation and timing will generate a perfect trajectory, creating a great satisfaction when a killer pass is made.

Users can instantly change the attacking and defending mentality of the team, which can be tweaked and carefully controlled with simple controls, being able to immediately react to the unpredictability of the sport.

Keepers see a great jump in quality through added motions and animations, creating the most agile keepers in PES history. Attacking moments will be more dramatic than ever, bringing the best feeling of achievement when that goal is scored.

Control the defensive strategies on a set piece, such as marking zonal or Man to Man. Offensive options also included such as specific player movement.

Strategies that are quite individually defined such as Tiki-taka and Tight Marking which is strongly based on team ideology can be set in Advanced Instructions, which adds a huge variety in how you plan to win.

For PES 2017 the visuals have seen a major upgrade, offering Authentic Visuals thanks to the further incorporation of Fox Engine. Nothing has been left untouched, from player models, lighting, crowds, pitch and stadiums totally revamped. Never has a game looked so real.

For the first time in a football game, the AI will learn how you play! Player and team behavior has always been a staple of the PES series, and for PES 2017 Adaptive AI will change sports games forever.

Hundreds of new animations have been added to bring the players and goalkeepers to life – but it doesn’t stop there. New features such as Real Touch and Precise Pass see huge benefit, giving a vast array of movements when trapping and passing the ball.

[size=14pt]PES 2017 preview: 7 things Konami has fixed to take on FIFA, from goalkeeper upgrades to kit editing First play with the thinking gamer's footie game – and it's all change.[/size]

It seems more than licensing coincidence that Atlético Madrid are the first club we get to play as in PES 2017. Like Atlético, Pro Evolution Soccer is the people’s favourite, the underdog that huffed and puffed its way to hearts and minds without the mass appeal and buckets of money to throw at it, unlike EA’s FIFA or Real Madrid.

The annual footie fight between the two each September is a mainstay of both the football and gaming seasons now. Japanese developer Konami’s PES has spent many years in the wilderness as EA Sports’ FIFA pushed technical advances, budget and media hoo-ha.

Related: FIFA 17 release date, features and everything you need to know

Then last year, something funny happened: PES got better. Like loads better. PES 2016 handles the blend of tactics and pitch tricks so well that it turned more than a few heads from FIFA 16’s increasingly familiar fare. It reviewed brilliantly. A critical darling, PES was back… yet most people still bought FIFA.

PREVIOUS ARTICLE
Monster Hunter Generations preview: Another 3DS hit?
More Gaming Reviews coming soon
“We’re not the licensing game,” says Adam Bhatti, PES’s global product and brand manager, in reference to FIFA. “We’re not the one that has all the money, we’re not the one that does all the big marketing campaigns. We’re the game that survives on how it plays. Not because we don’t want the official licences, don’t get me wrong. But it’s a fight you can’t say you’re going to win.”

So in lieu of throwing lolly at the situation, what strategies has Konami come up with to overcome FIFA 17 this time out? We grabbed a PS4 control pad and a day with an early demo of PES 2017 to find out.

More impressive is that this is not just a settings tweak across the board, but on an individual basis, reflecting personalities, with Tottenham’s Hugo Lloris acrobatic and aerially gifted, Bayern Munich’s Manuel Neuer all strong hands and good feet. It often felt like you could put anyone in goal, but now they’re as important to your success as your star striker.

And best of all: they now come up for corners again when you make your tactics super attacking, an old favourite feature that had been lost in recent years.

Statistical attributes and position play their part so that players excel in certain areas and yet are vulnerable in others – well, unless they’re Pogba, who seems to be amazing at everything, and is so large he’s almost like an end-of-level boss. Him aside, if you’re playing out from the back, it best be with a defender who has good control and a range of passing; if they do, though (more Hummels, less Mertesacker), it opens up opportunities more clearly.

“We’ve also brought in new stats to differentiate between strength, like [Olivier] Giroud, or body balance, like [Mesut] Ozil,” says Bhatti of Arsenal’s attackers. “Ozil is not the strongest player but he holds the ball well, so those new stats completely change the game. When you get the ball to Ozil or your better midfielders, you feel the ability to do something more.”

“I appreciate guys who play PES really want to have authentic kits,” says Bhatti, “but there’s some features in edit mode that we can announce later at E3 that will definitely appease that.” Kit edit mode confirmed.

Konami is currently permitted to licence just two Premier League teams and this year Arsenal is the first to be revealed (“North London” is no more), alongside Atlético Madrid on the club front. Four are allowed from the Bundesliga, but they’re not playable yet, the four-team line-up on this early demo filled out by an immaculately rendered Germany and France.

That you can choose overlapping full backs on the fly at last is a real boon, too. These can be turned on and off in conjunction with the L2 button, the depressing of which can also act as an overall pace-setter for your team, ratcheting up through the attacking gears with R1 and R2.

Tap the D-pad at a corner and there are advanced settings there, too, selecting from back-post runs or the whole team forming a Train into the box.

Sports games are prone to chuck more and more tactical options in that can sometimes clutter your fun – we’re looking at you, Madden – but all of these became integral parts of your our game within just a few matches. Because the benefit is so palpable, we doubt you’ll find yourself skipping them.

SHARE
TWEET
PIN
E-MAIL
Over use any player or goal route too much – out wide to the annoyingly speedy overlapping Arsenal winger Theo Walcott, for example – the computer-controlled defenders will shift to compensate, doubling up to stop you being so damn lazy. It keeps you honest, and makes you vary your play.

These purists also have very strong opinions on what they want changed – to the extent that there’s a player survey each year that collects tens of thousands of suggestions and gripes. And while Konami is staying pretty tight-lipped about the campaign mode for now, we got a few nuggets of what to expect.

“We know people want more managerial options,” says Bhatti. “They want more cut scenes, new transfer systems, they want to manage their team differently, they want to know what they achieved throughout their managerial career… well, I’ve pretty much told you everything there.”

On PES 2017, the menus look less like '60s Soviet space-race prototypes and more like a slick, modern video game. Your players are now illustrated – praise be! – and the interface is smooth, although there is still much work to be done before now and release.

Rain – look at that water spray off the net as you bulge it! – and night-time light effects are noticeably boosted, crowds are more active and selectable celebrations are even more elaborate, whether it’s running to the camera en masse or kicking the ball back into the net solo.

The player models, meanwhile, further integrate the Fox game engine from Metal Gear Solid with some incredible likenesses – Ozil and Giroud in particular are ringers. PES 2016 had some good visuals, too, of course, but below the top players lay a limited selection of face options for those who hadn’t had their mug scanned in. Konami promises it will run much deeper this time.

Another promise is that, after PES 2016’s roster issues left the game’s team sheets lagging behind real-life, this time out will see a day-one update to get all those late signings into the right line-ups, plus weekly roll-outs for both online and offline players. PES is certainly talking a good game this year. Luckily, right now, it’s walking the walk, too.

“Our first announcement is usually cover star, release date, modes, but this year we said no, let’s let people play it,” says Bhatti. “We’re so confident with the quality of the game right now, even though we’re still working on visuals, animations, Master League and the rest. By the time we get to Gamescom in August, this game is going to blow people away.” 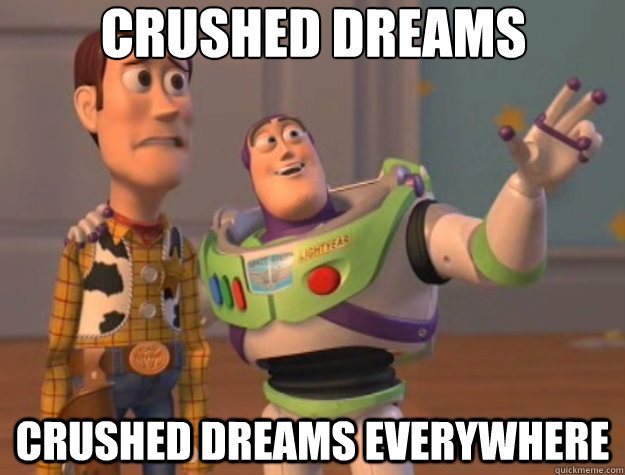