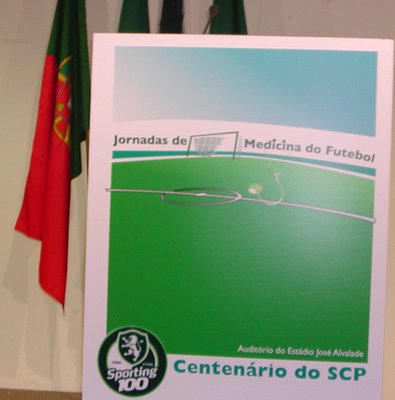 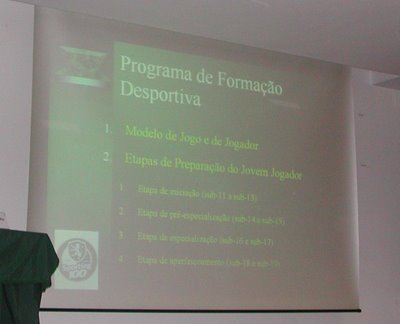 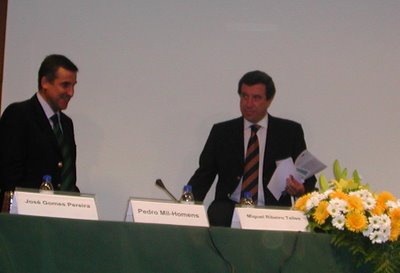 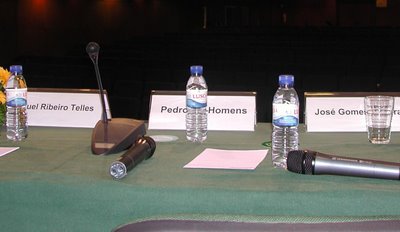 Got a chance to speak with both Miguel Ribeiro Telles and José Manuel Torcato today.

Professor Torcato (who insists that you don’t call him professor) pretty much confirmed that it’s not looking likely that Diogo Tavares will sign a professional contract. I asked him if it was true that they had offered him a pro contract but that he’d get sent out on loan this season and that wasn’t to his liking and Torcato replyed “that’s pretty much it”.
When I pressed him if it was likely he wouldn’t sign he gave me the impression that indeed the kid has his mind set on going somewhere else. “We offer them contracts but we can’t make them sign them, there has to be a desire to sign from both sides”.

“We’ve sent Veloso and Djaló and Varela out on loan and they accept this, Tavares is younger than they were at that stage and refused, there’s nothing we can do, we’ve offered him a contract.”

We talked a bit about João Paiva and how his career has gone downhill. I asked other than Veloso and Djaló which youngsters are comfirmed and he said he didn’t know but Pedro Mil Homems (I think it was him) said that the club is going through a week of decisions on which members of the junior team will get a pre-season chance, nothing’s been decided despite what the newspapers say but the club will desiced which juniors get their golden opportunity soon.

Ribeiro Telles spoke of “threats” to the Academy and I gave him a 3 minute monologue about Fábio Ferreira, Ricardo Fernandes, Fabregas, Luppoli, Rossi, Piqué, Flamini, etc and then asked point blank if the threats were “Arsenal” to “Rui Fonte”. He laughed and said “this isn’t a press conference” and said he wouldn’t go into details but did mention Rui Fonte as one example of several he could mention and even talked a bit with me about Wenger and how many youngsters Arsenal signs for little or no money. He also mentioned back Fernandes and Ferreira and said “perhaps we kept the best one” and I replied “Adrien Silva?” which he later mentioned in our conversation.

I enjoyed hearing Ribeiro Telles talk about football and youth players past and present, we get a sense he knows what he’s talking about while others I’ve spoken in the past seem to drop players names into a conversation to make it sound like they know what they are talking about but when pressed on the matter they get evasive.

Torcato was a very nice man, we talked for almost 10 minutes. I get a feeling that Doctor Gomes Pereira’s heart never goes above 60 bits per minute, this guy is calmer than the Dalai Lama.