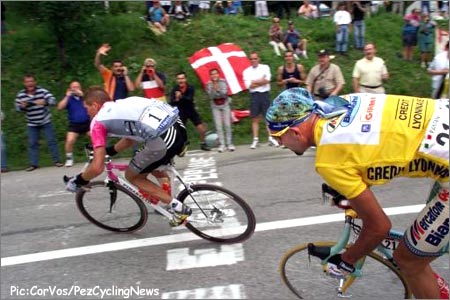 Gold Medal Match controversy
The 1972 Olympic men’s basketball gold medal game, marking the first ever loss for Team USA since the sport began Olympic play in 1936, is one of the most controversial in Olympic history. The United States team rode its seven consecutive gold medals and 63-0 Olympic record to Munich for the 1972 Summer Olympics. The team won its first eight games of the tournament in convincing fashion, setting up a final against the Soviet Union.

With the U.S. team trailing 49-48, American guard Doug Collins stole a Russian pass at halfcourt and was fouled hard, being knocked down into the basket stanchion. With three seconds remaining on the game clock, Collins was awarded two free throws and sank the first to tie the score at 49. Just as Collins lifted the ball to begin his shooting motion to shoot the second free throw, the horn from the scorer’s table sounded, marking the beginning of a chain of events that would leave the game’s final three seconds forever mired in controversy. Although the sound of the horn caused at least one official to look over to the scorer’s table, play was not stopped. Collins, apparently not distracted by the sound, then proceeded to make his second free throw, putting the U.S. up by a score of 50-49.

[edit] First inbounds play
Immediately following Collins’s second free throw, with the ball then being a “live” ball under the rules at that time, a Soviet assistant coach charged out of the team’s designated bench area, straight to the scorer’s table. He asserted that the Soviets had called for a timeout which should have been awarded prior to that second free throw, but that it had not been granted to them. Since a timeout could not legally be called after the second free throw, however, the Soviet players had to immediately inbound the live ball without a pre-planned play for the final three seconds. They inbounded the ball and began to dribble up the sideline, but the disturbance at the scorer’s table led one official to stop play just as the Soviet ballhandler was approaching mid-court. The game clock was stopped with one second remaining.

Upon the stoppage in play, the Soviets pressed their argument about the timeout, with the Soviet coach claiming that he had called it as soon as Collins was fouled. By the rules at the time, such a timeout would have been awarded between the two free throws. Whether he truly had signaled for such a timeout remains a matter of dispute. The unexplained horn that sounded as Collins was shooting may have happened because the scorer’s table had realized the error at the last moment and was attempting to stop the second free throw to award the timeout.[1] For their part, the Americans have expressed doubt that the timeout was really called,[2] and have argued that regardless of whether a timeout may have been missed, the ball became live upon Collins’s second free throw, and as such, a technical foul should have been assessed against the Soviets because their coach left the designated bench area during live play.[3]

[edit] Second inbounds play
Ultimately, the referees ruled in the Soviets’ favor, ordered the clock to be reset and the game’s final three seconds to be replayed, which allowed the Soviet coaches to set up a planned inbounds play. Contributing to the officials’ ruling was R. William Jones, secretary general of FIBA, who came down to the court from the stands to insist that final three seconds be replayed, though he later acknowledged that under the Olympic regulations, he had no authority to make rulings about a game in progress.[4] However, when the referees subsequently put the ball in play, the scorer’s table had not finished resetting the game clock to three seconds. The Soviets inbounded the ball and attempted a length-of-the-court pass, but the horn sounded immediately, with the pass barely out of the player’s hand. The pass missed its mark and was tipped harmlessly off of the backboard. The players and observers interpreted the failed Soviet pass and the sound of the horn as the end of the game, and the U.S. team began celebrating. But in fact, the quick horn had actually been the scorer’s table’s attempt to stop play, since they had not yet reset the clock.[5][6]

With Jones still involved in the process, the officials ruled once again that the clock be reset and the final three seconds be replayed. Furious over the decision to deny the U.S. victory and allow the Soviets yet a third inbounds play, the U.S. coaches briefly considered unilaterally declaring the game to be over by pulling their team off of the floor. However, head coach Hank Iba was concerned that such an action would leave the U.S. vulnerable to a Soviet appeal which might lead to a ruling that the U.S. had forfeited the game. Iba reportedly told his coaching staff, “I don’t want to lose this game later tonight, sitting on my butt.”[7]

[edit] Third inbounds play
On the third inbound try, American center Tom McMillen, with his 6 foot, 11 inch frame, was assigned to defend the Soviet inbounder, Ivan Edeshko, and make it difficult for Edeshko to pass the ball into play. However, as official Artenik Arabadjian prepared to put the ball into play, he gestured to McMillen. McMillen responded by backing several feet away from Edeshko, which gave Edeshko a clear view and unobstructed path to throw a long pass down the court. McMillen later said that Arabadjian had instructed him to back away from Edeshko, and despite the fact that there was no rule which would require him to do so, he decided to comply, fearing that if he did not, the officials might impart a punishment to the American team. For his part, Arabadjian has denied that his gesture was intended to instruct McMillen to back away from Edeshko.[8] In any event, now with no American defender challenging his pass, Edeshko was able to throw the ball the length of the court toward teammate Aleksandr Belov. Belov and the USA’s Kevin Joyce and Jim Forbes went up for the pass near the basket. Belov caught the ball, and both defenders landed out of position. Belov then made the uncontested layup, scoring the winning points as the horn sounded for the last time.

[edit] United States protest
The U.S. team immediately filed a protest, which was heard by a five-man jury of appeal. In a 3-2 decision divided along Cold War lines (Puerto Rico and Italy voted to uphold the appeal, while Hungary, Cuba and Poland voted to reject it), the jury voted down the protest and awarded the gold medals to the Soviet team.[9] The U.S. players voted unanimously to refuse their silver medals. The team and coaching staff refused to participate in the medals ceremony, and the public address announcer said over the loudspeaker that “The United States team refuses to accept the silver medal. They believe they deserve the gold.”

[edit] Aftermath
In the ensuing years, USA Basketball has periodically contacted the 1972 U.S. team members on behalf of the International Olympic Committee to offer them the opportunity to change their stance and accept the silver medals, possibly being granted an official ceremony awarding them. In 1992, two of the team members, Tommy Burleson and Ed Ratleff told Sports Illustrated magazine that they would indeed vote to accept their medals. Burleson said about the players’ initial vote in 1972 that since he didn’t play in the final game, he felt obliged to vote according to the wishes of the players who did. He said, however, that he viewed having played in the Olympics as his greatest accomplishment, felt no bitterness about the outcome, and wanted his children to be able to have his medal. Ratleff said that although he didn’t personally want the medal, his wife felt very strongly about his accepting it and being able to show it to their children. He said that his vote would be to accept the medal, but that he was casting his vote that way only in deference to her wishes. The ten remaining team members each told the magazine that they would vote to refuse the acceptance of silver medals.

When the International Olympic Committee (IOC) chose to resolve the figure skating scandal at the 2002 Winter Olympics by awarding duplicate gold medals to the original silver medalists, Tom McMillen, who had gone on to be come a United States congressman, appealed to the IOC, requesting that the committee revisit its 1972 decision to declare the U.S. team to be the silver medalists of the men’s basketball event. The 2002 decision arose because one of the figure skating judges claimed that she had been unduly pressured by the head of one of the sport’s governing bodies. The American appeal argued that Jones’s unauthorized intervention in 1972 brought similar undue pressure upon the officiating crew of that game.[11]

Only the coach may call the time-out.
Must be called to the scorer and not the referee.
Scorer will stop the clock and signal the time-out upon the dead ball or concession of field goal.
A time-out can only be awarded upon:
A dead ball
When the calling team concedes a field goal.
It will not be awarded if the team calling the time-out scores.
The game clock must register tenths of seconds in the final minute of a period.
Starting in 1992, a duplicate game clock must be on top of the shot clock.
As of 2004, the game shot clock must be seen by players and coaches on three sides.
A whistle-stop unit must be installed where the officials can stop the clock on the sound of their whistle, as of 2004.
As of 2006, the use of instant replay is permitted on last-second shots. 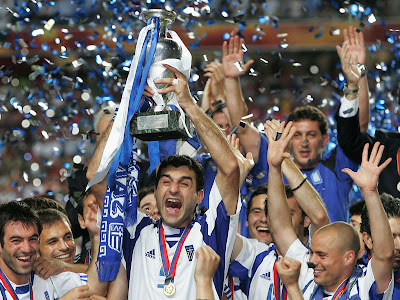